"So we killed this yesterday while doing our job in Port Harcourt Rivers State," one of the men named Buchi wrote as he shared the photos on Facebook. 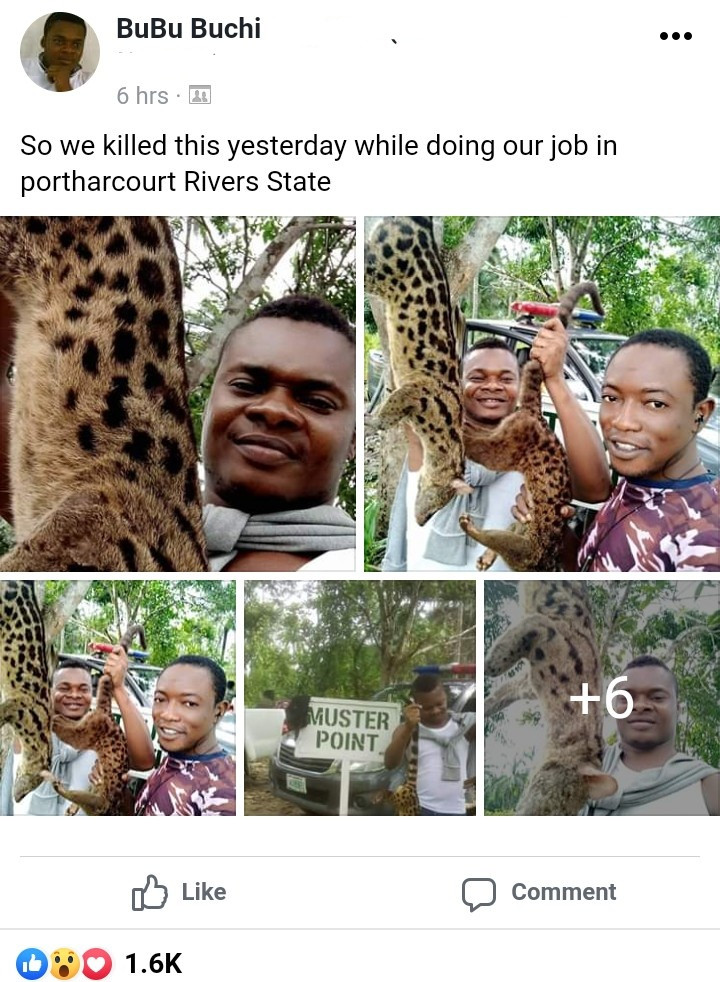 Civet, known in Igbo as Edi, is a nocturnal animal known to sleep during the day.

Facebook users slammed the men for killing the animals. They told them such animals should be preserved. However, some praised them. 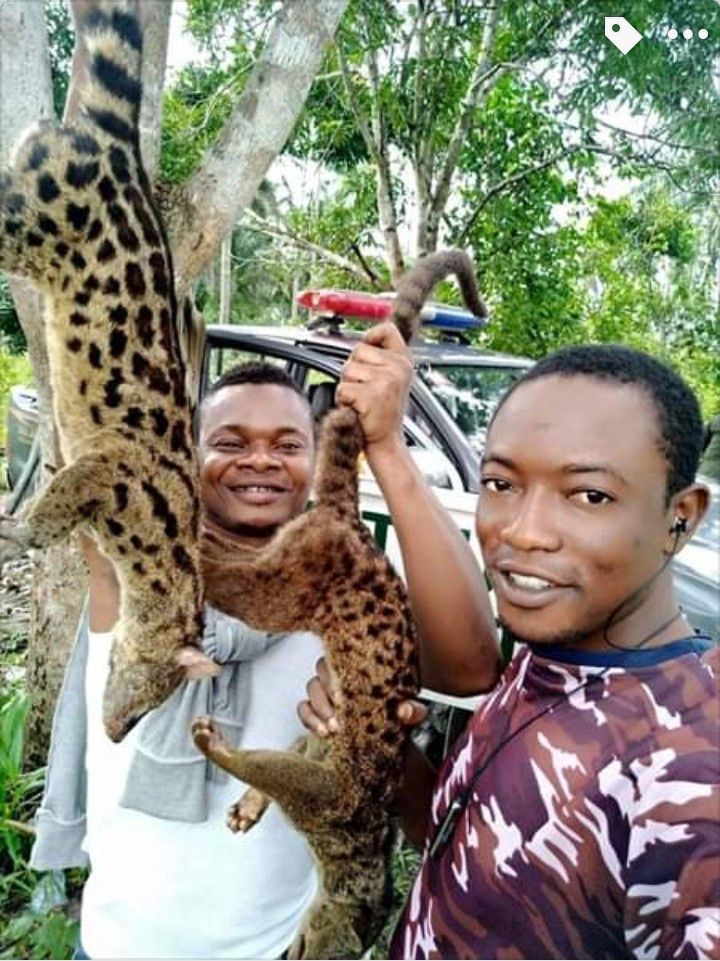 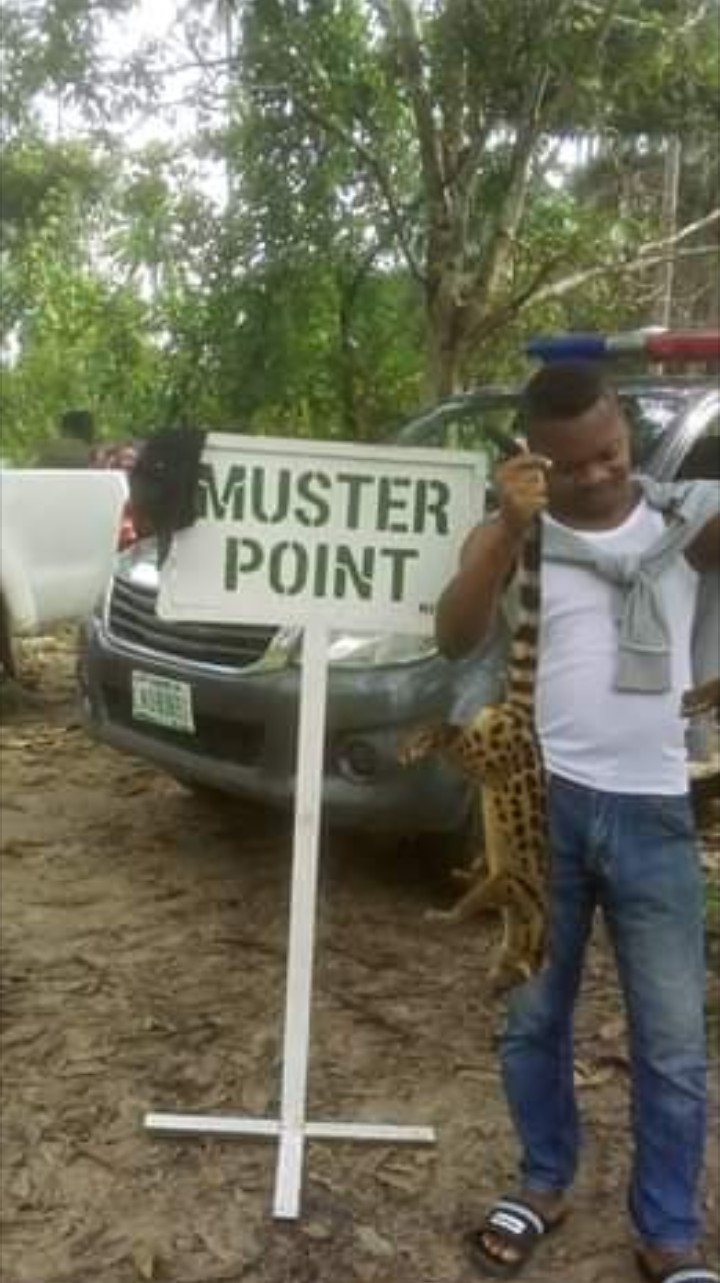 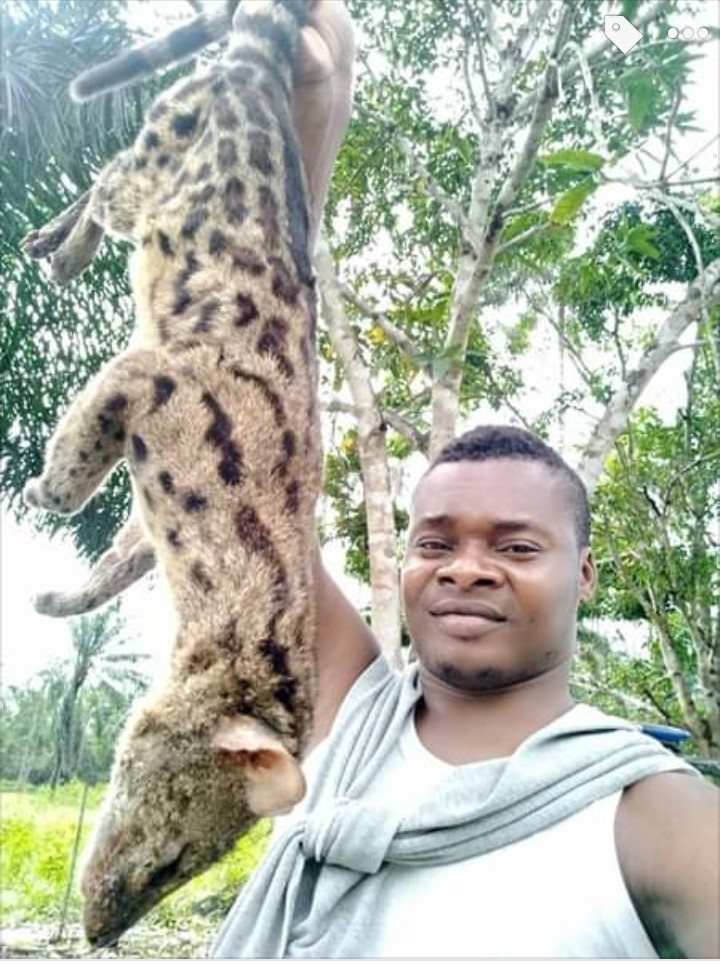 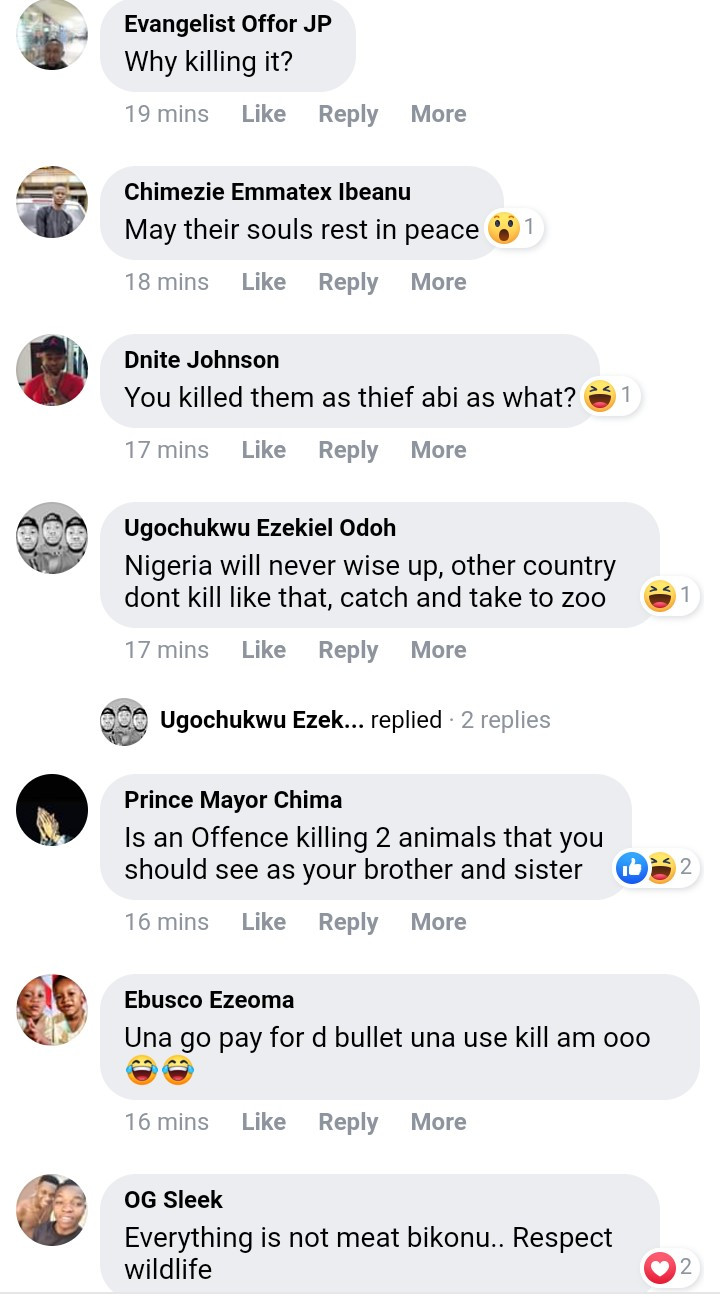 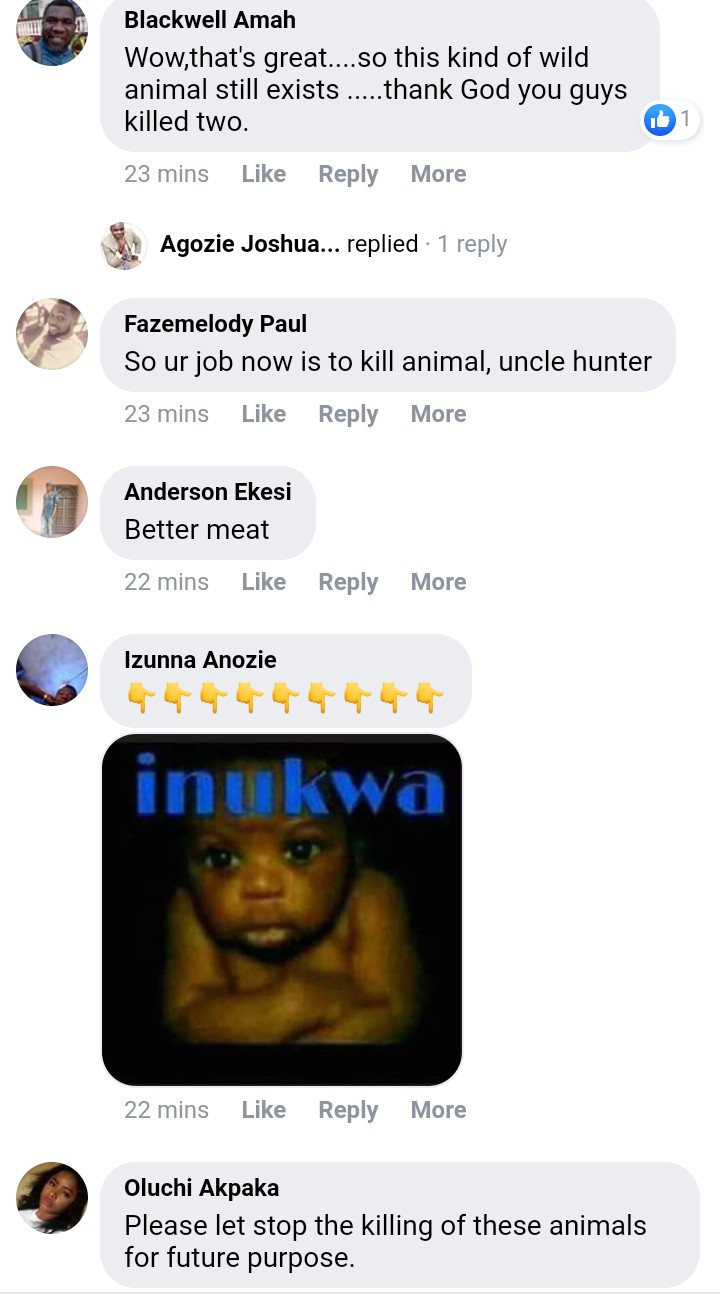